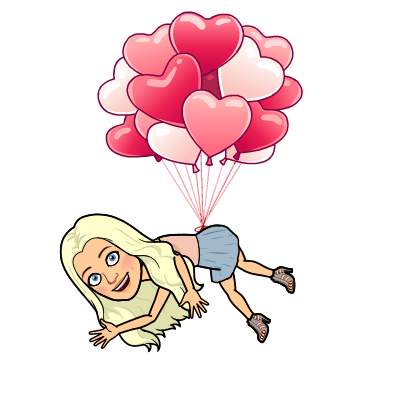 I used to think that the biggest misfortune of “singlehood” was not receiving those warm, fuzzy texts from your sweetie – those little sprinklings of affection throughout the day that put a bounce to your step and a dazzle to your smile:

I think you are so special and lovely!

In truth, it can feel quite lonely waking up, brewing coffee for one, and driving to work in the dismal rain listening to Adele crooning lamentations over estranged lovers. Then, coming home to an empty house, eating a lugubrious dinner while leaning over the sink, and crawling into a cold bed at night. All of this sin even those little virtual reminders that someone special is thinking about you and sending you love through the ether.

I am a single woman in my thirties. Theoretically, or at least according to conventional society, I should feel…well, deeply depressed. I should feel like there is a man-shaped hole in my heart. But I don’t, not anymore. Obviously, my life is far from being perfect, but when it comes to love, I’ve come to the realization that I’ve got it covered.

Firstly, there is the fact that my long-time ex, Rosco and I have remained the bestest of friends. The above texts are all real texts that I received from Rosco in the last week! Him and I are aware that the close platonic friendship that we fostered after dating leaves some with raised eyebrows.

Just last weekend, in fact, I had Rosco and a few other friends over. We talked until the wee hours of the morning about politics, philosophy, and love, until one of the girls announced, “You know, it’s really kind of strange hanging out with you two. It’s just so obvious that there is so much history between you. It makes me wonder if there are still unanswered questions there.”

She turned to the guy on her right with that ‘You say it’ look.

“Like why are you crazies not still together?” he blurts out incredulously.

“Oh, nooooo no no no no!” we assured them, “We are like brother and sister.”

“That is a weird, unsettling analogy,” the girl stated dubiously.

“Ok, best friends! We drove each other nuts as housemates and partners! We would never date again, but we love each other to pieces.”

Even my parents were dubious at first, especially when I invited Rosco to the Christmas dinner that I hosted last year.

(Below conversation relayed to me by my sister)

“I don’t get it,” my dad had muttered in the car ride over.

“They break up…he’s coming over for Christmas dinner…”

“I don’t know! My mom had chimed in. “I guess that’s how the young people are doing it these days. Exes stay friends!”

But my parents inevitably came around and Rosco remains a special part of my family.

Secondly, there is Alex, AKA Israeli James Bond. He was the one who I fell ass over heels in love with, pined over for 2 years, and attempted to cut off all communication with a few times to protect my gaping wound of a heart. However, each time that I ended things, I found that I loathed life even more with the absence of him in it.

This is a man who is a happy bachelor, a man who is uncomfortable with verbal expressions of affection, and a man who wears autonomy like a Marc Jacobs suit.

This is also a man who listens with rapt attention when I babble for hours, a man who has a special smile just for me – a sparkly-eyed impish grin, and a man who would have my back in a heartbeat if shit ever hit the fan.

I asked him once what his interpretation of “us” was, and he answered with his ear-to-ear smile, “We have a heart connection.”

At the time, I was not satisfied with the answer. At the time, I was furious. I loved him on a cellular level. My DNA morphed into butterflies and hearts when I was with him. I wanted him to say, “I love you back.”

Long story short, there had been a lot of processing in Alex and my world since he got back from Bali in October. And James Bond – if you remember from the movies, is not an emotional processor. In fact, it was actually quite endearing how much processing Alex was willing to do, given that he probably wanted to drown his head in his glass of ice water during most of it.

Basically, we concluded that we value and adore each other, and it would be a big loss for both of us to lose each other as friends. So now, Alex, one of my dearest of friends, is and will always be exactly who he is. And I am cool with the fact that he’s not “my lobster” as Phoebe from Friends calls it (something to do with the fact that lobster-mates walk around hooking claws together). So our friendship – albeit one that would appear strange to any outsider (as with Rosco) – actually rocks.

Before Alex left, we spent his last evening here working out at the Rec Center, steam-saunaing, and then cooking a delectable dinner of salmon and roasted veggies. And this time when he jetted off the next day – as all James Bond’s do, I didn’t feel the loss and desperation that I used to feel when he would leave for months on his world travels. This time, I feel nothing but warmth inside when I think of him.

“Running on the beach in Tel Aviv,” he just texted via WhatsApp.

“Hiking in the frozen forest of purgatory,” I responded with a wink.

In conclusion, love is a spectrum. While most of us seek the pot of gold at the end of the arc, I feel that we should not overlook the often vibrant and colorful love that shines brilliantly from everywhere else on the rainbow. This includes all of the platonic colors of love – friends, family, pets, you name it.

My advice: let it all wash over you – love in its many shapes and colors. Sometimes we get lucky and strike gold, but that doesn’t mean that right now in the interim, life can’t rock the Casbah. Xo