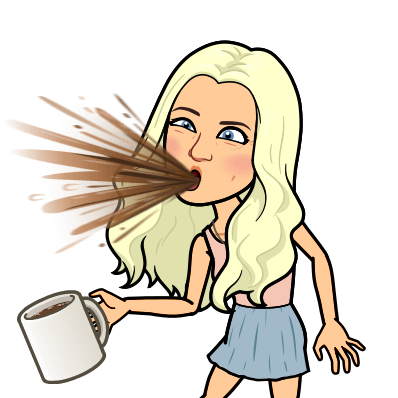 On Bulletproof Coffee and Meth

Meth is common in this town, and you can pretty much pinpoint the meth-heads as the ones who pull up behind you at intersections, stick their heads out of their windows and scream “Go! Go!” And they are so terrifying that you actually consider gunning it into 4 lanes of oncoming traffic just so that they don’t gun their cars into your rear end.

Bulletproof coffee induces a similar mentality. My bulletproof-induced road rage hasn’t quite reached that level yet. I do scream at cars in front of me, but I have the decency of keeping the windows rolled up when I do this.

There should be a new mental disorder called bulletproof coffee syndrome. It’s what people who have become “Keto-heads” experience from 7am to 12pm every day. Let me explain. I’m on the latest fad diet where you’re allowed to eat as much fat as you want, and very little else. Doctors love it. Especially when you come to them complaining of IBS and gallbladder pain.

On Keto, your morning routine consists of plugging your nose and downing coffee with a little pad of butter or dollop of coconut oil floating disgustingly on top. You drink one (or in my case three or four) to tide you over until lunch, and your brain starts maniacally synapsing like some sort of chemically-induced manic episode. It’s freakishly fantastic and also a little terrifying. Even Starbucks is now catering to this weird cult of Ketoites. It’s gone corporate. If you haven’t tried it, you are in for a treat.

My morning clients have probably just assumed that I have taken up a meth addiction. Luckily, no one has yet inquired about my newfound penchant for amphetamines. I guess everyone in this city sort of marches to their own beat, so a meth-head/business professional would be totally “un-judged,” as the hippie crowd here zealously subscribed to the “you just be you” mentality.

To be clear, I’m not actually on meth, although my morning brain is a bit suspect. And I admit, I do talk disturbingly fast in the morning. And I often get an eye twitch. And, I am that person who inevitably yells with the carotid artery popping out of my neck – but with the car windows rolled up thank you very much – “Go! Go!” into morning traffic.